Announce the new aquisition of Wayne Rooney on Social media in a big way with a 30 second spot. Rooney is such a legendary athlete in the sport of pro soccer that the video needed to be as epic as the acquisition in a fun, short, and concise manner.

Create a video that's cinematic and impactfull under a very tight deadline, with very little information (due to the secretive nature of signing Rooney), and while accommodating Rooney's very unpredictable schedule. All told we only had two hours with him at most.This is unavoidable because he is being wisked from meeting to meeting and all media had a very limited amount of time with him. 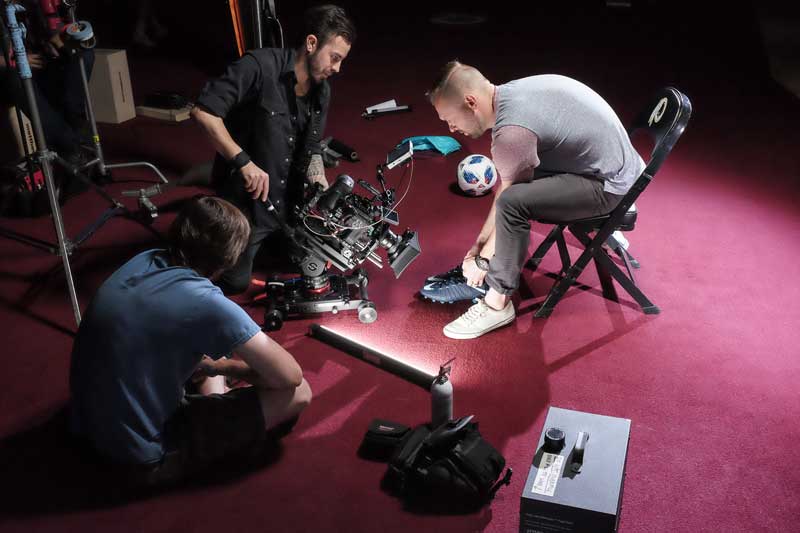 It was early afternoon in the ELM office when we received the call from DC United. They talked about an exciting project that they wanted to run by us but, it was super top secret and it could happen at any moment. Intrigued? We sure were.

Time is so often one of our biggest constraints. Whether we are trying to squeeze an entire shoot schedule into a 10 hour day or trying to squeeze it into a two hour window, the pressure is intense to get everything done. These two projects with DC United were no exception. In both cases, we had little time with the players and little notice to pull the shoot together. On top of that, the turn around time in post production was very fast. It was with those constraints in mind that we were challenged with designing and writing a creative that was simple enough to pull together on short notice, flexible enough to adjust to the demands of the day, and dynamic enough to make an impact and garner attention. 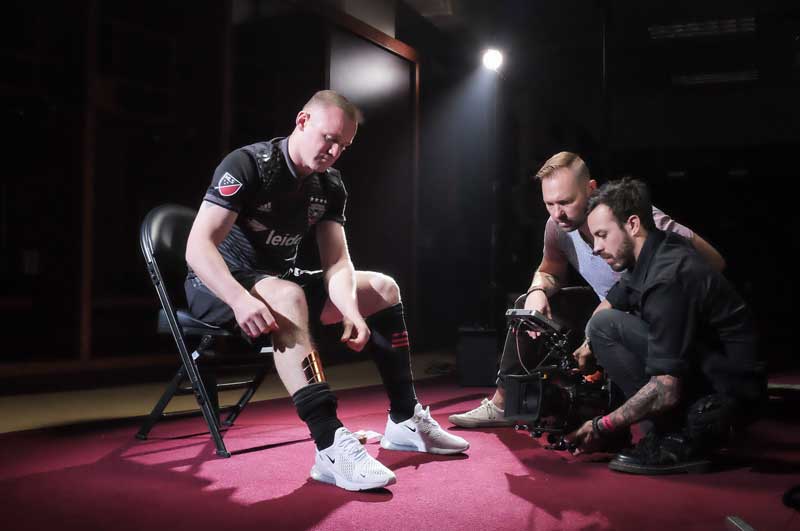 In the case of the Wayne Rooney announcement, we knew going in that we would only have him on set for about two hours total. Included in that time was not only our needs but also photography and video with three other groups within the DC United camp. This meant we had to be incredibly precise with our timing and our shot list. We started by developing a creative that gave us wiggle room if everything hit the fan and we only had Wayne for a few minutes. We asked ourselves, if we could only get one shot of Wayne, what would be the most important shot and can we build a creative around that shot that wouldn’t require him to be present. 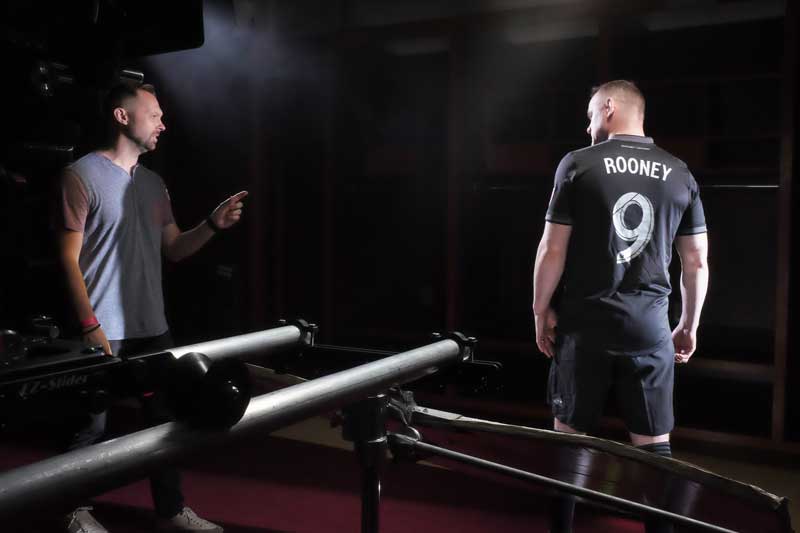 Ultimately, people just want to see Rooney himself. Not his Jersey. Not his shoes. Just his face. So we wrote the script around that as the reveal. We weren’t sure how long we would physically have him on set for, so we stacked our hero shot to be first. We knew there was no way to cheat that specific shot in post. But his socks, shoes, etc, could all have been filmed without Wayne actually being there if we had run out of time. As it was, we were lucky. We had him for a full hour and a half. Once we had our identifying shots, we worked quickly to get the extra shots of his socks, jersey, ball, etc. 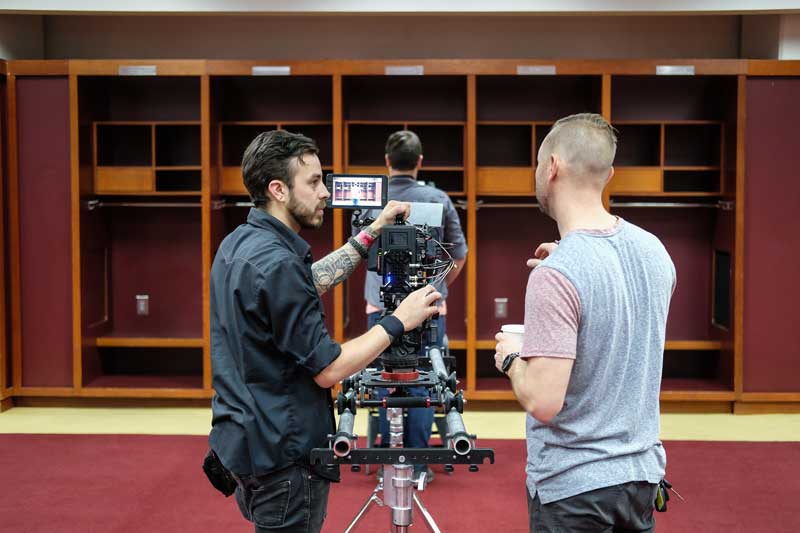 We ran into similar time constraints with the Player Hype video (seen below) but in a different way. For that project, each player needed to be on camera. During the course of a season it is possible that some of the players get traded or leave the team so we need to have extras in the can to swap out should any of them leave. We had to film about 25 players in the span of about 3 hours of filming. This meant working fast and knowing what we were doing with each player before they came in so we weren't waiting or struggling to figure out what to do. We rigged up the hallway with quasars on dimmer switches and spent about five minutes with each player getting them into position and recording their action. Needless to say, we wish we had more time with each person as we had some really cool ideas using slower frame rates and intricate movements. But time was of the essence.

Identifying potential constraints or issues early is important. Not only in building the creative but also in planning the production day schedule. The sooner we can identify any caveats that come with the project, the sooner we can start to navigate our way through them. We believe that projects are like a puzzle. You just need to figure out how to put them together.